I guess certain things are just meant to be. Modelling was like that for me. I had never planned for it, but it happened so suddenly. I worked at a media house, and was always surrounded by celebrities and models. Maybe on some level I wished I could also be one. I guess everyone does have dreams of that sort.

Then, out of nowhere, one day I get an email from ALL asking me to participate in their model hunt. I had never done a photoshoot before, so I sent them my FB profile pics, and they liked it. They called me for a screen test. I auditioned and I won the competition. After that, I modeled for Lakme Fashion Week too. That was a big deal for me. And that’s where my life took a turn. Brands started approaching me, newspapers like the Bombay Times started calling me. I had my interviews on multiple online portals, magazines, & newspapers. It was a life-changing opportunity. Today I’m one of the most successful plus-sized models in India. 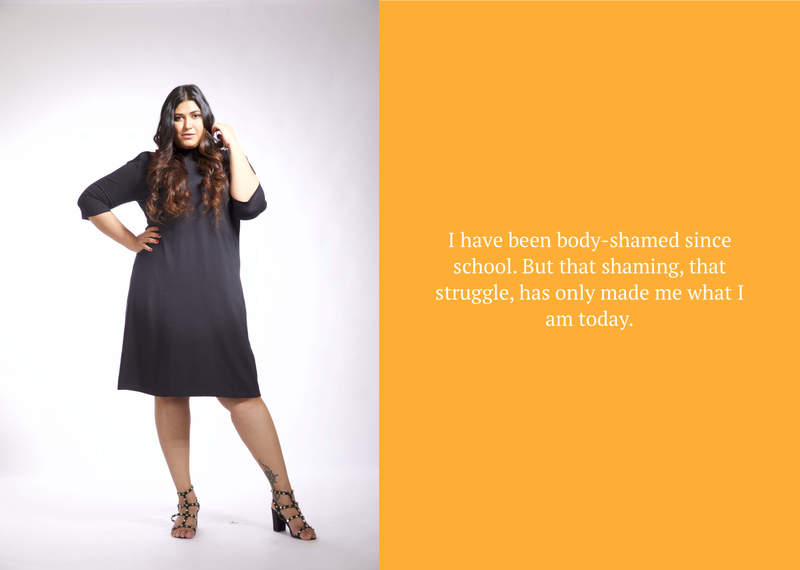 I’ve become indifferent to the hate. I don’t let it affect me. And that confidence inspires others. When people talk to me I tell them about my struggles, and those stories give them a boost in dealing with their struggles. I tell them "you’re not alone". People like me have faced these problems and overcome them.

Image credits: The copyrights of the images used in this post belong to their respective owners. The credits where known are specified under the image - if you're the owner of an image and want it removed, please contact us.
Share. Facebook Twitter WhatsApp Pinterest LinkedIn Telegram
Previous ArticleThe Longline T-shirt – A little trend that goes a long way!
Next Article Fight like a girl- Liliya