From everyone's favourite Meekesh of the Permanent Roomates, and Tripling, to being the adorable cab-driver in English Vinglish get candid with Sumeet Vyas!The tale of journey that started with a whiff of theatre…. “I am not that naïve, or even adorable for that matter as Mikesh"

You realize photographs, just like an actor, can lie to you with much ease when you see him for the first time. At 6’1’’, Sumeet is taller than you think and has a self-assured ease that you don’t find in Mikesh or Chandan- either of the popular web series character he has played.

“I am not that naïve, or even adorable for that matter as Mikesh. I know. But that’s the charming thing about acting. And I love what I do or rather, what acting does to me.” Internet and fans went crazy about him last year as he convincingly delivered two back to back hit series with characters poles apart. But quiz him on his long struggle period before that (he wanted to be an actor since he was 16!) and you don’t see any strain off that. All you hear is a driven, well thought out mind with a sly sense of humour. 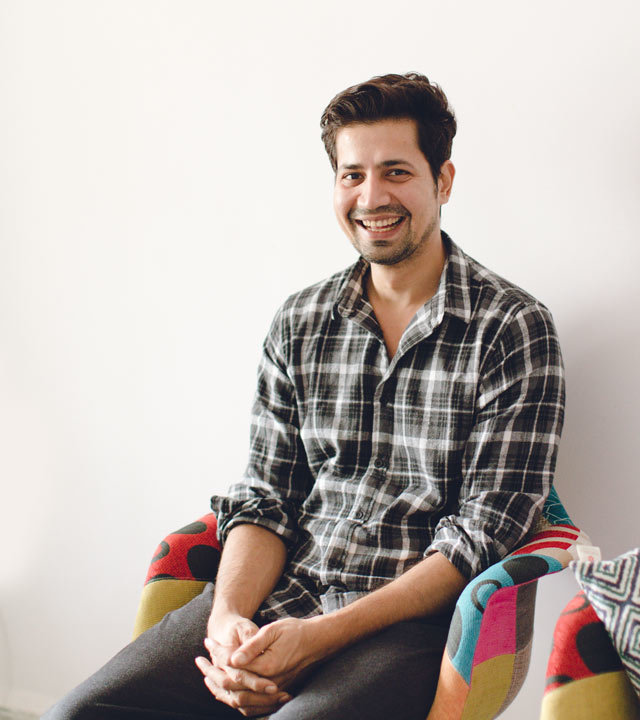 “People talk about their love at first sight. But for me, it was love at the first whiff”

Talking about his decision to get into acting, he explains, “I was never a bright student. Expectations were always low. With teenage, the urge of proving oneself got only stronger and I found myself doing a series of different things to put myself out there. From taking science in the junior college to learning video editing as a respite, I did it all. But the breaking point came when I went to see my father’s play at Prithvi for the first time.”

“People talk about their love at first sight. But for me, it was love at the first whiff. You see, throughout my childhood, I was fascinated with how my father’s clothes had a peculiar smell to them. Almost like a concoction that would always linger in my head. ‘Was it his cologne?’ ‘Was it the cigarettes he smoked or the people he met?’ I wanted to smell more of that; I wanted to smell like that. That day when I went backstage post play, I found everything absorbed with that same peculiar scent, and I instantly knew I too wanted a piece of that scent.”

“Not trying to be Shah Rukh Khan here, but the power of really wanting something is splendid”

And rest that happened is history, a history he’s rather fond of. From a Bollywood movie (English Vinglish) to numerous plays and ads to writing scripts and a (thankfully) short lived soap drama stint to his credit, Sumeet was determined, resilient and most of all, patient. How did he keep going without giving up? Ask and he grins before answering, “Not trying to be Shah Rukh Khan here, but the power of really wanting something is splendid. It gives you the wisdom to follow your instinct,the resolution to not be dissuaded and hope in the times of lull. I am an instinct driven guy and I know that I want to keep telling stories. 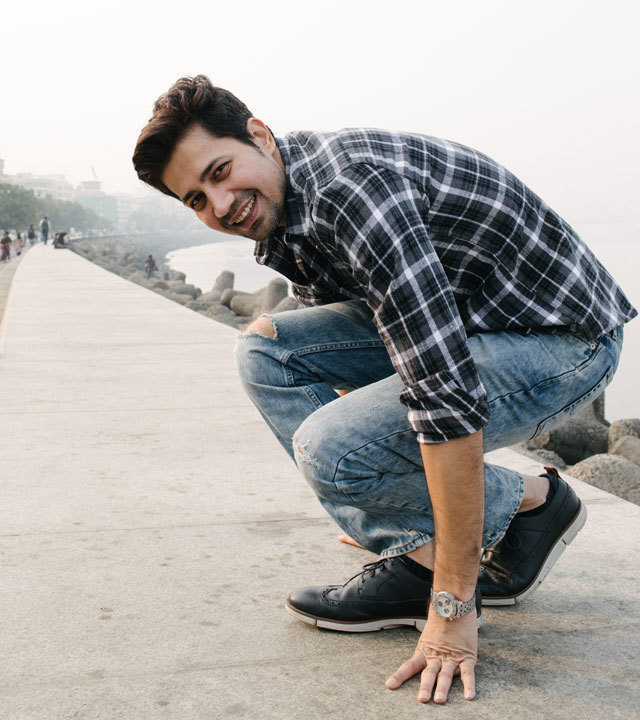 “You can call me a, Bewakoof, but I am a content one at that. And thankfully, commercial or not, but my choices have never let me down.”

And you’ll find ample reasons to believe what he’s saying. His stint with TVF in the game changing web series Permanent Roommates is a legit proof of that. He has gone on public record admitting how he approached the channel himself just because that is how amazed he was by their work. “Much before the series was even planned, I contacted them to just let them know I really liked the kind of work they were putting up and the variety they were offering, and whenever there is a feasible situation, I would love to collaborate with them.”

But how naturally does this come for an actor to put away his infamous insecurities and reach out? Going by Sumeet, not much! “As an actor, I have never thought twice before being the one to initiate. And why should I? I do have confrontation issues, but approaching right people for the right reason has never been a problem. You can call me a Bewakoof, but I am a content one at that. And thankfully, commercial or not, but it has never let me down.” The actor is busy wrapping up two movies right now, one with Kalki Koechlin and other with Swara Bhaskar, and wants to take a break for a while before he gets back on writing & acting second season of Tripling. A natural question arises as to why is he not cashing in on the success of two of most well-received web series like any other ‘smart’ actor and instead taking a break? Doesn’t he face the fear of fading away, especially with how short-lived today’s 15 minutes of fame are? His effacing candour tells me otherwise. “It may not be the smartest decision, but as an actor, I feel the need to keep reinventing myself. How else would I tell all kind of stories? TVF could have easily rerun back to back seasons of Permanent Roommates to leverage the fan base. But we know the story is the lifeline of our series and so, a certain amount of time to let it breathe and develop the story is invested. I think the main thing one needs to ask themselves every now and then is what do they want to be known as (and for) eventually. Is it the fame? Money? Accomplishing certain landmarks? Whatever you do (or not do) has to justify that. Is it always practical? No. Is it a choice? Yes.”

And just like that, he broke into a nifty grin again with a most natural yet enigmatic smile, which can come only from a man, who is at peace with what he has done and knows exactly what he wants to do. In Mikesh’s language, this one is ‘cooool’.

Image credits: The copyrights of the images used in this post belong to their respective owners. The credits where known are specified under the image - if you're the owner of an image and want it removed, please contact us.
Share. Facebook Twitter WhatsApp Pinterest LinkedIn Telegram
Previous ArticleBewakoof Confessions with Shweta Tripathi
Next Article Bewakoof Confessions with Teena Singh